the birth of a startup founder

Entering his second hour stuck in a crevice of a glacier in Tajikistan, Matt wondered if his adventurous nature had taken him too far.

Perhaps the $2000 shoestring budget, snow blindness from the night before, or that the entirety of his mountaineer training amounted to only reading a book on the topic put him in a literal hole he couldn’t climb out of. The sun was falling and he wasn’t sure how he would make it out of this one.

I always start my conversations with founders by asking about the earliest moment they can remember where before and after that moment they were a different person. My goal is to break founders out of their standard pitch so I can actually get to know them. Matt was no exception.

He has a way of speaking that draws you in and leaves you dying to know what happens next. For every story, it’s as if you were right there with him: his hands waving, eyes opening wide, voice going shrill as he takes you there. He blew me away in our first conversation and since we backed him in February, has quickly become one of my favorite conversation partners to stay up late bouncing ideas with. You would love him.

Within minutes he had me right there with him on a glacier, stuck in a crevice in Tajikistan, wondering if he would survive. How did we get here?

It takes a certain type of adventure seeking personality to find yourself in this spot.

This story is actually just one of many for Matt.

^the soundtrack to matt’s story

Matt’s first memories are of himself climbing. Trees in the backyard. The playground. He used to climb everything.

When he was 8 years old, his family took a trip to Maine. He heard legends of a dangerous trail called “The Precipice” and proceeded to beg his Dad to take him. Unfortunately, his Dad is scared of heights and this particular trail has a strange relationship with well... 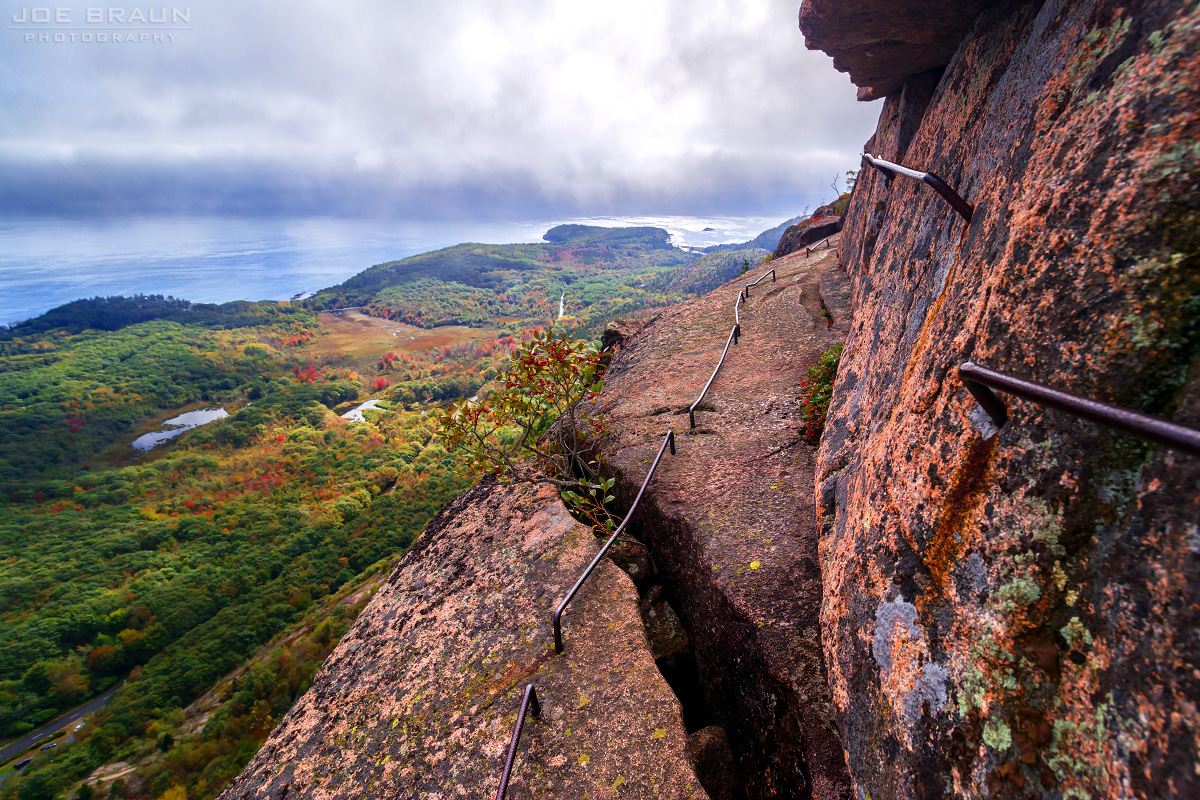 “The Precipice: as you dangle from the cliffs, you are rewarded with some of the best views in Acadia National Park...the granite cliffs and iron rungs get dangerously slippery when it is wet.”

If you’ve never been to Maine, you should know that it’s nearly always wet. Quickly upon entering the trail, he realized this was no place for an 8 year old boy. He did it anyway.

This was the birth of his love for adrenaline. His addiction to backcountry adventure. Exploring the unknown. And somehow convincing folks who are afraid to take the leap with him. Somehow, no matter how crazy the adventure, Matt always ends up drawing in the folks around him…even if they are afraid of heights.

And this was just the start. The next day, Matt found himself barreling down a hill for the first time on a mountain bike. Moments later, he found himself lying on the ground with a broken arm. This was the theme of his childhood. Push the limits until he broke. Then get back up and do it again as soon as he healed. If there’s anything I’ve learned about Matt, it’s that nothing can stop him. This guy will continue seeking bolder and bolder adventures until the day he dies.

In middle school, Matt found himself falling in love with everything. Math. Music. Chorus. Basketball. Baseball. Tennis. Cross-country. It was hard for him to find something that he didn’t love.

By the time he was a sophomore in high school, he realized he hadn’t really done anything big in his life yet. He had tried a lot of things but didn’t have any one big thing he could point to.

After hearing a story of family members backpacking the Appalachian trail, he decided that was it. He rallied his two best friends, Brennan and Eric, and days later they took off from Philly, not knowing how far they would go. No plan. They just started hiking north on a trip that would take months to complete, and would end with a group much larger than the three who started it.

Finally, he found himself back in Maine. By now, he had adopted a hidden identity, Tiger, and become one with the 100 mile wilderness part of the trail he was on. He and his comrades realized they were running out of food. Growing desperate, they ambitiously set out to walk 30 miles that day. Next thing they knew, they were caught above the treeline, a storm rolling in, huddled under a rock.

It was then that Matt was literally struck. by lightning ⚡️

Shocked, he looked down only to find that he was still alive. His boot had split open. His comrades were staring at him wide-eyed with shock and fear. The fact of his survival caused Matt to take stock of what had happened. He and his friends were fighting for their survival under harsh circumstances. By random chance, an event that easily could have taken his life or that of his friends instead gave him a new perspective on life.

That moment inspired me to go after greater and greater, bolder and bolder adventures

The camaraderie of that day would stick with Matt. His desire to do things bigger and bolder would now include ways to help those around him, as opposed to pushing boundaries on his own (whatever his friends and family thought be damned). In order to best help others though, he would first need a proper education.

He enrolled in Penn’s Jerome Fisher M&T program studying both computer science and business. Knew he didn’t want to do the wharton finance thing from day one. Dreamed of Silicon Valley. And worked his ass off to develop engineering chops, building tons of apps along the way.

After graduating from Penn, his journeys would now include his two loves- adventures through nature and leveraging his education to help those he met along the way.

He deferred his offer to FB to continue climbing for 14 months straight. Managed this on a tight budget that consisted of his small signing bonus and a series of small coding gigs anywhere he could find them. In total, he wound up climbing 3 of the 7 largest summits in the world including Denali. Built a ton of apps. Traveled around rural Ghana for months working with locals to build technology that would democratize access to election information.

At this point, he had lived an exciting year.

He joined Facebook. Found an incredible mentor who whipped him into shape as an engineer.

And he never lost his lust for adventure.

So how did we find ourselves stuck in a crevice in Tajikistan, 23,000 feet up?

“and where the hell is Tajikistan anyways!?”

After only reading a book about mountain climbing, Matt decided he wanted to join the club and take on his first major summit. The problem was that he only had $2000 in his bank account. He quickly researched the least expensive 7000m summits in the world -- the trick was to find one where he wasn’t required to hire a sherpa, a summit he could go for on his own. Next thing he knew, he found himself in Tajikistan. Stuck in a crevice. Sun falling. No clue how to get out. Hopelessly shouting for help. Two hours went by.

Is this where it would end?

At the moment he had finally begun to accept his fate, he heard shouting in a strange language.

Two Russian men were just heading back to basecamp before the sunset. Luckily, they had experience with crevice rescues and mounted a successful attempt to lift him out. They made it back to basecamp just in time, leaving the glacier before the temperatures dropped to ice cold.

This memory stuck with him last October, when he finally decided he was ready to leave Facebook. He looked at different options and realized that joining a startup was a lot like being an investor. Except instead of investing your money, you invest your time. So it’s actually way more risky (and right up his alley, who’d have imagined?). Instead of building a diverse portfolio, you only get to invest in one company at any given time. So you should be doing way more diligence than any investor. Asking way more questions.

The problem. Most of his friends at startups didn’t even know what percentage of the company they owned.

He remembered his trip to Tajikistan, going completely unprepared (information, experience, finances/support), and realized this is exactly how people go into salary/equity negotiations.

There’s so much uncertainty. And most people don’t have two russians who will magically appear to save them. Just like those two Russians showed up to lift him up, Matt hopes to lift people out of their own financial crevice and get the compensation they deserve. Salaries and equity they can actually understand. Information they can use to plan to feed their family, whether they live in Silicon Valley or West Africa.

Employers regularly share information on compensation and work together to maintain informational asymmetry with the working class to suppress wages.

Matt is on a mission to end that.

Want to climb the next summit with Matt?