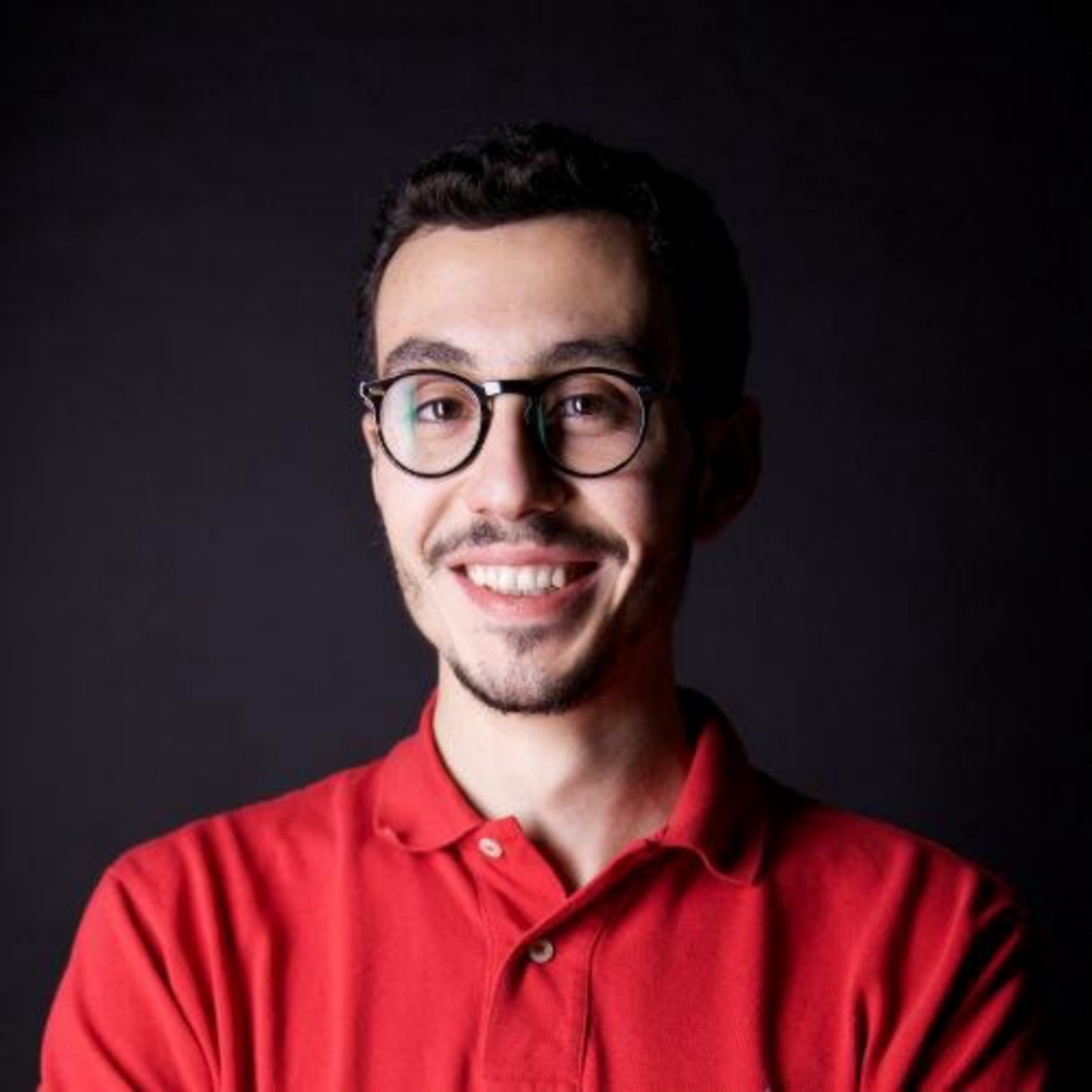 All right, so picture this: Our interview subject, Karim Atiyeh, is doing his undergraduate degree at Harvard in 2008 and goes to his homeland of Lebanon to see his parents when class isn’t in session. Civil unrest breaks out while he is there. A local militia has taken over the airport. Internet and basic services are spotty. Explosions can be heard from his apartment. Who knows how long this will take to resolve? Also, his final exams are in a week. He contacts Harvard to see if his situation qualifies as extenuating enough to have a waiver for missing finals. He gets a call at 1am- “we have a bus leaving at 7am at...”

Karim’s earliest memory is a curious one. As in, it literally sparked his curiosity. What happened was he wrecked his parents’ friend’s car. The car was parked in front of his home, and he pulled the handbrake. This caused the car to crawl and get wrecked. Having caused the biggest disaster of his young life, he was terrified of the reaction his parents would have. To young Karim’s surprise, his parents were happy and relieved to find him safe as opposed to angry about what had happened. This contradiction between his expectation and reality planted a strong desire to learn about the world through his own eyes.

His parents proved to be highly supportive of his curiosity. Lebanon at the time wasn’t an open society like the west. His parents would go on travel and bring home toys and products that weren’t available at home. This made him wonder what else the world outside his home held. A shop around the corner sold science magazines that Karim took a liking to at 11 years old. His mom noticed and started buying them for him. He would read with delight about the latest research papers in the West, and marvel at what was being discovered and developed in the world. His parents gave him great latitude in pursuing his passions with his free time, so long as he excelled at what he did. He loved competition and played all kinds of sports. He also loved toys, especially the ones he read about in magazines but couldn’t get in Lebanon. He was the first kid in school to have a cell phone. This led to his friends pressuring their parents to get cell phones. Along the same time, his passion for video games developed.

Karim consults his parents about what to do. They have already lived through one civil war, so they know how uncertain the situation is. They are calm and think through the choices rationally. It’s best if he goes, so he packs his bags and shows up for the bus. Inside the bus is a contracted security team that will take him to a hotel. It’s a 5 star hotel, serving a 5-star breakfast. He eats a croissant. Outside there is a civil war underway. At the hotel, he meets other people relying on the same security contractors to get out of the country. There is a woman with her children. Three or four pharma/bank execs. The plan is to get in a bus and drive to Syria, where a plane will be ready to take them back to the States. They grab their bags and get going for their destination. The drive through Lebanon is smooth sailing. However, as they near the Syrian border, gunfire is heard. The driver refuses to continue going forward. It turns out because the Lebanese airport was taken over, a rival group has decided to block the Syrian border. Debating what to do, they decide to risk going forward, because the group that has blocked the border is likely to be pro-foreign. As they pull up to the militia, holding AK-47s and barricading the road, the security team asks if anyone speaks Arabic. Nobody does but Karim. What kind of security team does extraction without speaking the local language?? Taking a deep breath, Karim agrees to go out and be the spokesperson.

The funny thing about being a gamer in Lebanon is that you’d have to rely on someone to buy the equipment abroad and bring it back to you. Only then, he’d discover that the Atari he got was several console generations behind the Sega Genesis. That his European Playstation wouldn’t play Japanese games. Each of these purchases are extremely expensive by local standards, so Karim can’t accept not being able to play. He searches message boards (Ed note: Ahh, the good old days) and learns how to chip the playstation. How to burn CDs, and download games. He works with local LAN cafes to make sure he and his buddies can play the games they want on the local network. And the games he played. Counterstrike, obviously. Warcraft 3. Red Alert. World of Warcraft provided an interesting challenge. His L70 gnome mage with a Lebanese screen name was hosted on a US server. This meant playing at awkward hours to raid, and his internet connection wasn’t strong enough to join comms on Ventrilo. Also, he didn’t want his raid members to hear his teenage voice. He’s no Leeeeeeeeroy Jenkins, but he does recall having to type his explanation for aggroing the boss too early.

Once Karim gets to speaking with the militia leader, the situation becomes far less scary. They seem very amenable to letting the bus through, but they want money. Okay… this should be doable. How much? 100.Karimstartslaughinginternally.Hetellsthespokespersontowait,andseewhathecando.Returningtothesecuritydetail,heexplainstheycangetthrough,butwillhavetopay300. The security detail is elated. The bankers are ecstatic. The mother and her children are relieved. The $300 quickly appears and is handed over. The militia leader yells a few names. Adolescents appear from the lines and offer to help carry the suitcases. Another bus at the other side of the border is available to go take them to their destination. At a hotel outside the Syrian airport, Karim calls his mother to let him know he’s ok. The situation in Lebanon is very chaotic, and the lines may be monitored. However, his parents are glad he’s safe. He gets on a plane back to the States and arrives in time to take his final exams. He passes them, and the next exams, and the exams after that until he graduates

Karim never forgot his parent’s lesson of being the best at whatever it is you want to do. His curiosity about the world never left, the only change is he is now the person creating the products that appear in magazines and delighted him as a kid. In place of getting his friends to come together and compete on video games, he is now getting his friends together to compete with major credit card companies.

If you want to join his latest team, Ramp, as they take on the biggest boss - financial institutions - drop a link below.